Snapchat, the mobile app featuring photos, videos and messages that disappear in seconds, made its first foray into major breaking news coverage Wednesday with a live stream of the mass shooting in Southern California. Snapchat, valued at $16 billion and with more than 100 million active users, most under the age of 25, ran a “Live Story” on the shooting in Bernardino, California, shortly after news broke of the massacre, which left 14 people dead and 21 more wounded

By Sarah Young LONDON (Reuters) – Thumbing through guide books for restaurant and shopping tips while on holiday could soon be a thing of the past, thanks to mobile travel technology that knows where you are and what you like and can ping you personalized recommendations. People are increasingly turning to their mobile phones to book flights, hotels and make other travel-related purchases, with $96 billion, or 12.5 percent of global online travel sales, made via the devices in 2014, according to a report by Euromonitor International. Using data from those purchases, travel providers will soon be pushing personalized options for hotels and restaurants via mobile devices, Euromonitor's WTM Global Trends Report 2015 forecast

Twitter Inc named Jack Dorsey as its permanent CEO but said it would look elsewhere for a chairman, seeking to allay concerns about its co-founder's dual role as head of the mobile payments company Square. Twitter's shares rose as much as 6 percent on Monday after the announcement, which ended months of speculation about who would take the top job at the microblogging service. Dorsey has been running Twitter as interim CEO to much acclaim since his predecessor, Dick Costolo, stepped down on July 1

END_OF_DOCUMENT_TOKEN_TO_BE_REPLACED 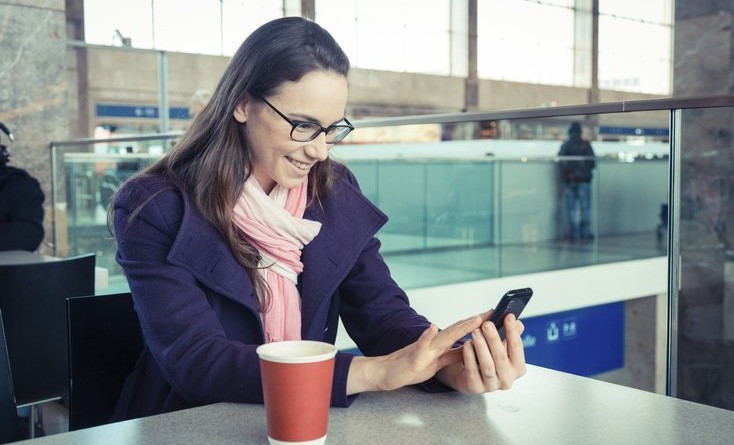 Millennials may rely on their mobile devices and laptops for the bulk of their entertainment and content, but that doesn’t mean that they aren’t easily influenced by advertisements in more traditional formats, according to a new study by Nielsen Holdings.

END_OF_DOCUMENT_TOKEN_TO_BE_REPLACED

By Yasmeen Abutaleb SAN JOSE, California (Reuters) – Lights flashed and chants of “Modi, Modi” filled the 18,000-seat sports arena in San Jose, California, on Sunday as the Indian premier took the stage for the final event of his Silicon Valley tour, marked by sporadic protests over his human rights record.

SAN FRANCISCO (Reuters) – Twitter.com was unavailable on Monday for some users across the United States but the mobile app and Tweetdeck, another Twitter website that allows users to view multiple browsers at once, appeared to be working normally. Twitter users and others said they received a message that read “something is technically wrong” when trying to open the Twitter website on their personal computers

By Liisa Tuhkanen LONDON (Reuters) – The often touted but regularly delayed stock-market listing of Rovio, creator of the hugely popular “Angry Birds” mobile game, could be even more distant after this week's warning of lower earnings and a planned cull of more than a third of its staff. While the mobile games market as a whole is thriving and looks set to grow to more than $35 billion in 2017, according to research firm Newzoo, Rovio's woes typify the difficulty established players have in changing with the times

The personal data of up to 2.4 million customers of Dixons Carphone may have been exposed in a cyber attack, the electrical goods and mobile phone retailer said on Saturday. The group, which trades as Carphone Warehouse, Currys and PC World in the UK and Ireland, said the attack had been carried out on a division that operates the websites OneStopPhoneShop.com, e2save.com and Mobiles.co.uk . The division also provides services to iD Mobile, TalkTalk Mobile, Talk Mobile, and to some Carphone Warehouse customers.